Where to place ads

Some of the readers of you asked me where to best place an ad. Here is what I know.

We will look at an app that is a simple game it looks something like this: 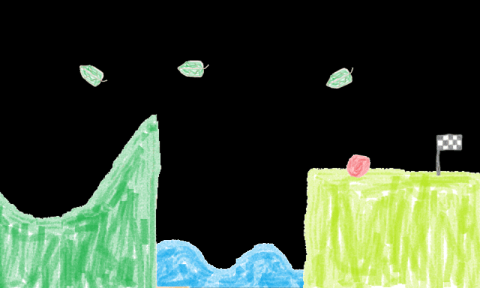 It has childlike graphics and the hero is a red ball. In each level it has to reach the goal marked by a flag. It can be rolled to the left/right by touching the left/right side of the screen. A simplified heatmap of the clicks on the screen would probably look something like this: 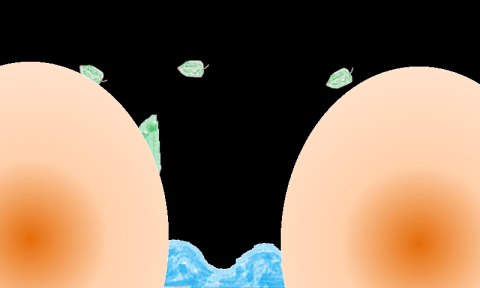 Although I’m using a game for the visualization of the written word, everything I’m writing about ad placement here can be easily transferred to non-games or apps that run in portrait mode.

When optimizing your ad placement, there are two ways you can go: Optimizing for maximum visibility of the app or optimizing for the biggest amount of clicks, which can also be accidental.

This is the first way. When taking it, you try to place your ad in a way that the user can see it well. When the user likes what he is seeing, he probably will click the ad.

So for our example game here, where the player has its hands placed on the bottom and most likely clicks to the left and the right half of the screen, the best position for an ad would be the centered top. When your app can be controlled by one hand and runs in portrait mode, the top left would also be a good place as most people are right handed. If you want to find the best place for maximum visibility of your ad, you can analyse the click behaviour of your user and adjust the ad placement accordingly or just use this little class I wrote to do so. For apps that run in portrait mode, the most times best place for visibility is on top. 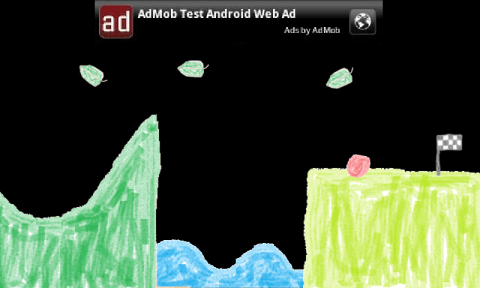 The best placement when optimizing for visibility

The second way targets for both the wanted and the accidental clicks. Here, you place your ad in a way it is more likely that the user might click it by mistake. When applying this tactic, you should be aware of the TOS of your ad provider as most of them prohibit ad placements too close to often clicked areas.

For our example game, we would probably place our ad in the bottom right or bottom left because we can expect the most touch events there. Most portrait mode apps should place their ads on the bottom. 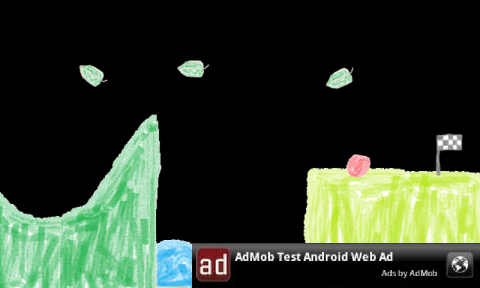 When optimizing for the best CTR, the ad should be placed like this

Which way you choose is up to you. While the latter might cause you to lose a couple of users, it will probably still generate you more money than the first one. When you want your ads to be clicked only when the user is really interested in its content, you should take the first way.

Do you have any best practices of ad placement, questions or criticism? Please feel free to share them in the comments.

« Android Income Report #4: August 11 7 reasons why it’s great to be an app developer »